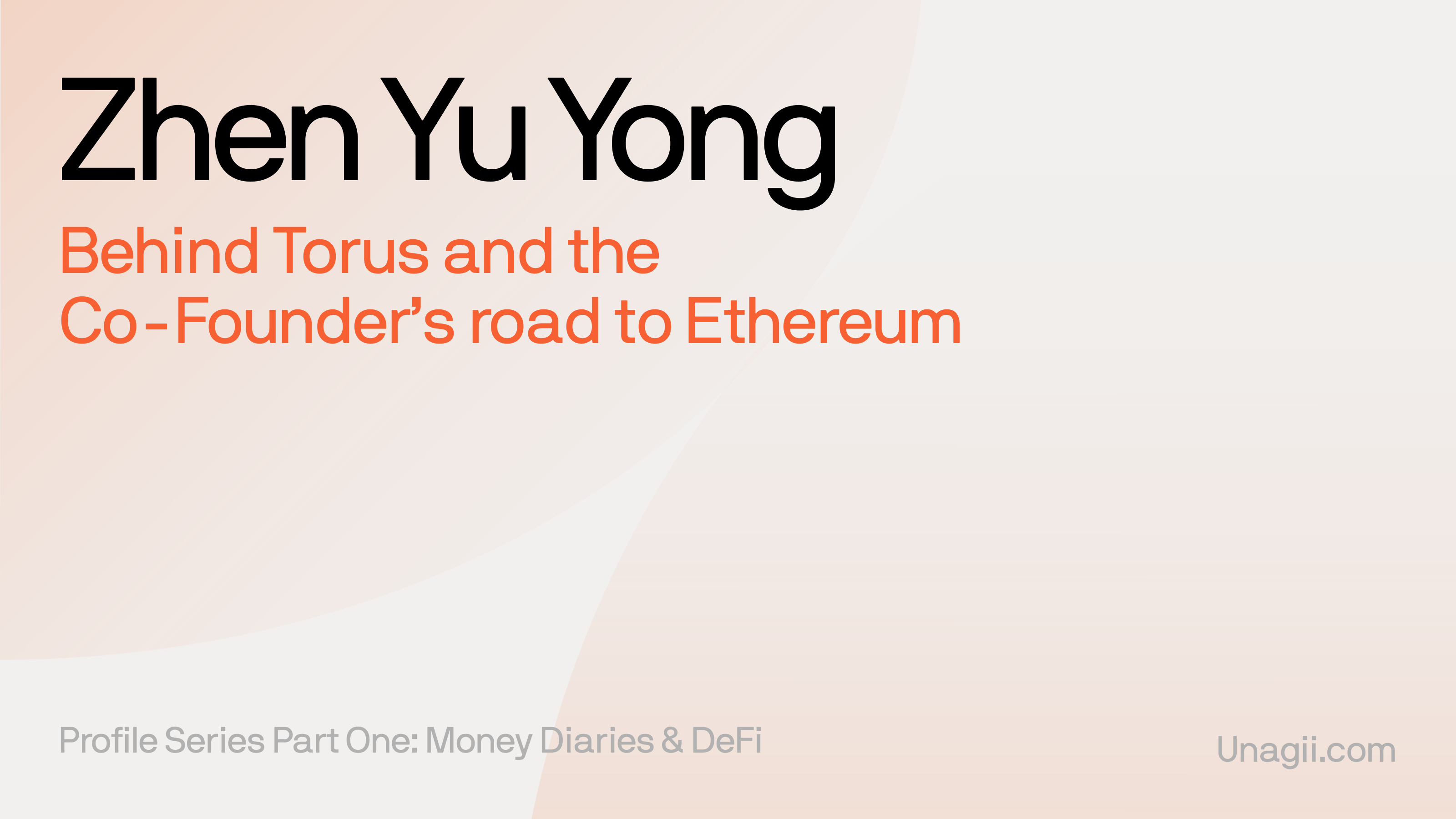 Behind Torus and the Co-Founder’s road to Ethereum

Well recognized in the Ethereum community, Yong Zhen Yu is an incredibly sharp-minded and intelligent individual breaking grounds as a leader in Key Management.

The Torus Labs Co-Founder credits his entrepreneurial youth that ignited his start into software engineering. "Since young, I've always had an entrepreneurial desire. I'm not sure why but perhaps due to playing too many Lemonade Tycoon-like games," he says.

But those games didn't come easy. Zhen Yu's first lesson on money came from his parents. With a weekly allowance of just two dollars as a kid, he could either use them to "immediately buy fries or something or save to buy larger ticket items, like games at a discount from my parents. Which I guess served a form of interest rate". And as a kid, what was more important than getting your hands on your favorite games?

Those early days of enterprising as a 'Lemonade Tycoon' later led him to dive into several real-life ventures. While some worked out, several failed too. Like many self-taught developers, during this time, his coding life began because those endeavors required him to build simple websites. "Back then and even more so now, picking up programming wasn't hard. There were tons of online materials and guides you could follow".

While he pursued investment banking and management consulting right out of Business School, he quickly realized those weren't his cup of tea. Trading to him felt like gambling (especially in crypto). As someone who personally wants to positively impact lives, trading is more zero-sum to him. "I know it's like an efficient use of capital and capital allocation, but I don't really want to be the person doing that."

Thankfully, there are plenty of resources to learn about Blockchains as they are mostly open source and distributed in nature. And when Zhen Yu chanced upon Ethereum during his corporate life, he was quickly sold on its principles and functionality.

Today, he leads his startup to bring the decentralized ecosystem to the mainstream audience. A mission that came about when his close friends and family struggled to grasp blockchain and crypto concepts: where storing seed phrases almost seems archaic. And so Torus was born. A startup founded when DeFi (Decentralized Finance) was still a tiny pond in a decentralized lake.

"Uniswap just came about, and we were in Prague at the same time sharing about Torus. For us, we felt it was one use-case, although it has definitely grown to become the biggest use-case currently".

They've been building a frictionless gateway to allow more users to easily own crypto wallets and interact seamlessly with DApps (Decentralized Applications). How? All users need are their social logins with Gmail, Facebook, Twitter, Reddit, and Discord.

In the past two years, Zhen Yu and his team have been hustling at multiple global blockchain and ETH events. They've attended the Binance Singapore Blockchain Week, Korea Blockchain Week, and more; and covered Eth Waterloo, Eth Boston, Eth India, Eth New York, and even Eth London this year. They've certainly made their mark, having raised USD$2m in funding led by Multicoin Capital, with Binance Labs, Coinbase Ventures, Sixth Horizon, Accomplice, and Terminal in July 2019.

When it comes to DeFi, Zhen Yu is far too busy innovating to dabble deeply into it. Especially when everything in DeFi moves at lightning speed. While he took a Maker loan before and tried out yEarn and other pools from time to time, his priority is setting sights on his Key Management niche.

Despite that, he is fascinated by AMMs (automated market makers) and projects like Uniswap and Balancer. "I think they're really cool—no need for oracles, just pure economics at work. I think Thorchain maybe is something interesting too. It uses the same DKG (Distributed Key Generation) and threshold (cryptography) tech we do - but with AMMs. Depending on how they implement some of their threshold guarantees, I think it could be quite an interesting DeFi project".

When asked about his thoughts on DeFi's future for the next generation, he feels that younger kids will pick up DeFi much faster than adults. But getting into crypto today isn't as free as it was before when "you could just spin up a mining node on your computer." Today, you'll need a credit card - which means paying hefty onramp fees to get started.

And although the benefits of staking, in general, exemplifies compounding returns, he feels there are risks to that game, and those kinds of high gains won't last forever. "If we want to go mainstream, rates have to go down or normalize. Something that might be interesting could be a form of UBI or student loans or early financing basically. But I guess that's when we solve identity and Sybil attacks first".

So what's next for the young founder? Torus v2. Your universal key ring. They're building out 2FA smart keys that he believes are inherently more secure and redundant without compromising users' convenience.

"We've always been progressively decentralizing, and Torus v2 is our next step in our journey". 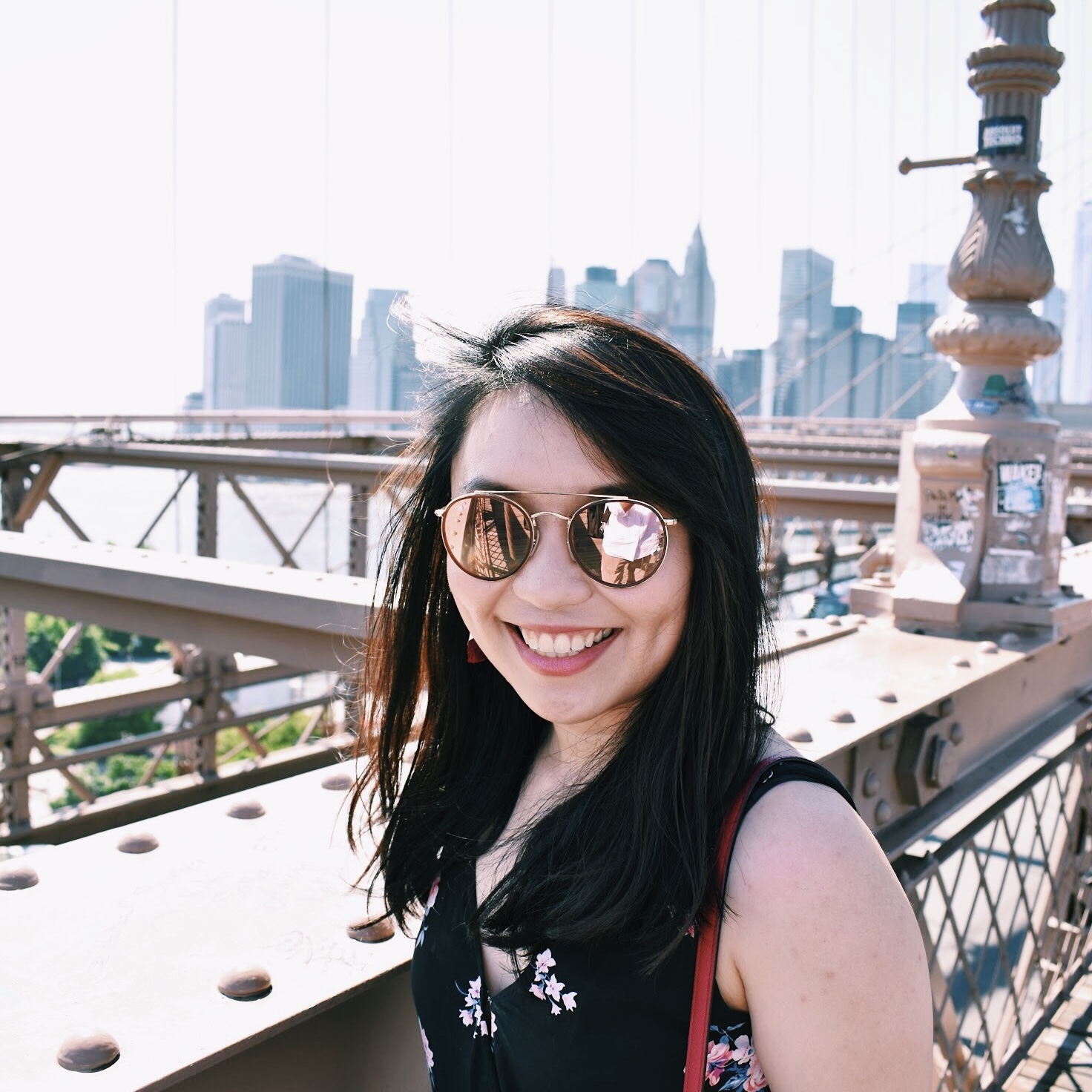