Juno Network: What to know about staking JUNO 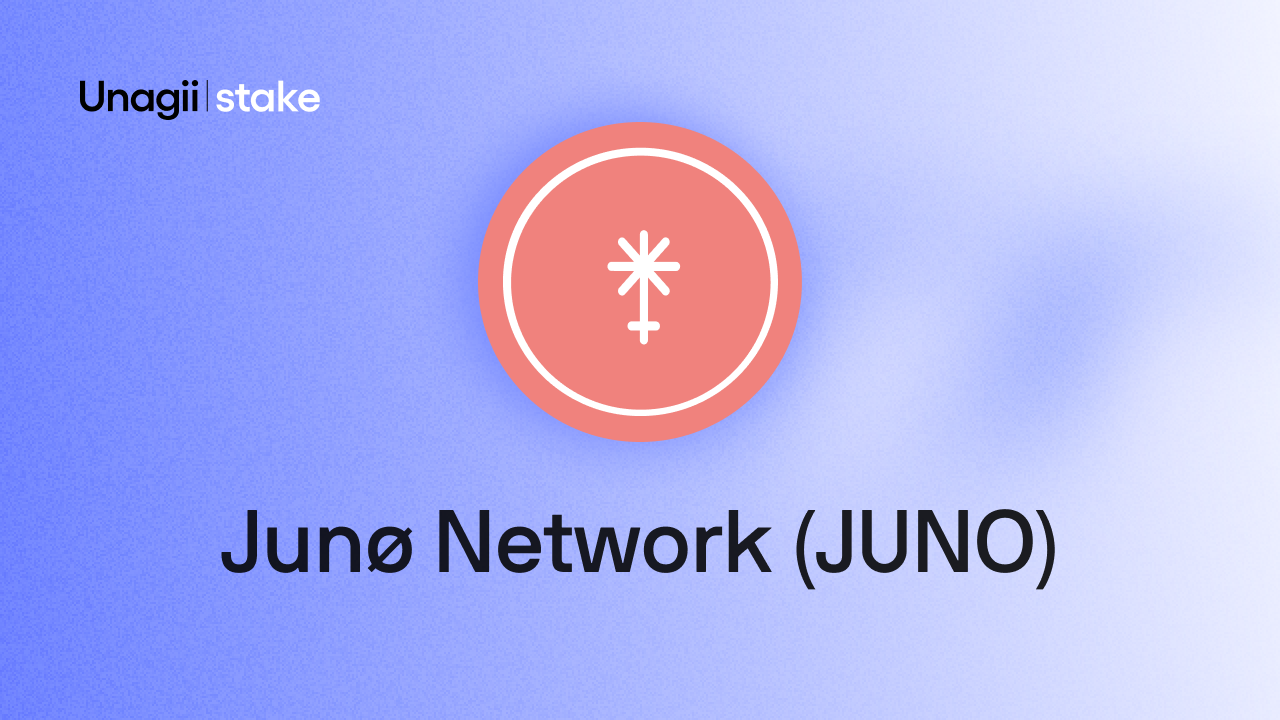 Juno is an open source platform for interoperable smart contracts for developers to efficiently and securely launch smart contracts using proven frameworks and compile them in various languages.

Juno at a glance

Juno has a unique origin having been founded as a grassroots initiative. The community driven initiative was prompted by dozens of developers, validators & delegators in the Cosmos ecosystem to preserve the neutrality, performance & reliability of the Cosmos Hub and offload smart contract deployment to a dedicated sister Hub.

The Juno platform allows deployment of smart contracts across multiple sovereign networks. The blockchain network offers scalability to 10000 tps and provides an environment for cost effective deployment at -99% reduced cost, while bringing interoperable smart contracts to the blockchain world. Mainnet was launched on October 01, 2021 and now has 33 dApps, contracts, and tools built on Juno.

The JUNO token is Juno Network’s native utility token with a circulating supply of 33M JUNO coins that have primary uses for the functioning of the protocol as:

Related: What is a token and how is it used in crypto?

Validators such as ourselves at Stakewith.us (and builders behind Unagii) operate nodes responsible for the protocol’s operations in securing the network and will earn staking rewards via transaction fees and distributed JUNO tokens as incentives. Delegators (or users of Unagii) can help participate and secure the Juno Network with their votes by delegating their stakes to us on the Unagii platform to receive a portion of the rewards that validators receive.

Staking JUNO allows Unagii users to earn yield from rewards as an incentive to stake and provide security, which come from transaction fees collected by the network plus distributed tokens to stakers due to their 12 year inflationary rewards policy. The inflation will be 40% in the first year, 20% in the second year and 10% in the third year. Once the inflation reaches 10%, it’ll gradually reduce on a fixed 1% basis each year until the 12th year. Rewards are paid out on a per block basis and users can choose to withdraw or compound accumulated rewards.

Note that staking risks do apply. Should a validator encounter a downtime or underperform, a percentage of JUNO delegated may be forfeited. There is also a 28 day unbonding period for users when unstaking JUNO from the network. During this period, users will not be able to withdraw and earn rewards.

Related: Staking coins: What is staking and how does it work?

How to stake JUNO?

Staking JUNO on Unagii is simple and convenient.